I added via ferrata Averau to my Dolomites bucket list with a bit of apprehension.

After reading about it in a guidebook, it didn't seem too exciting nor did it pose enough of a challenge in comparison to other ferratas, I already had under my belt.

But the little expectations I had from this summit, concluded in me taking some of the best photos in my portfolio to date!

Via Ferrata Averau: The Stats

2 hours (excluding the approach to the hut)

Via Ferrata Averau: What You Need To Know

Where does the via ferrata Averau start?

The hiking paths in the Dolomites seem to be endless, and as it's the case with many other mountain huts, rifugio Averau, where the via ferrata starts, can be reached from a few different directions:

They eventually merge at Gallina saddle. Path 419 also passes Lago Limides - one of the iconic photography spots in the Dolomites. (3 hours roundtrip) 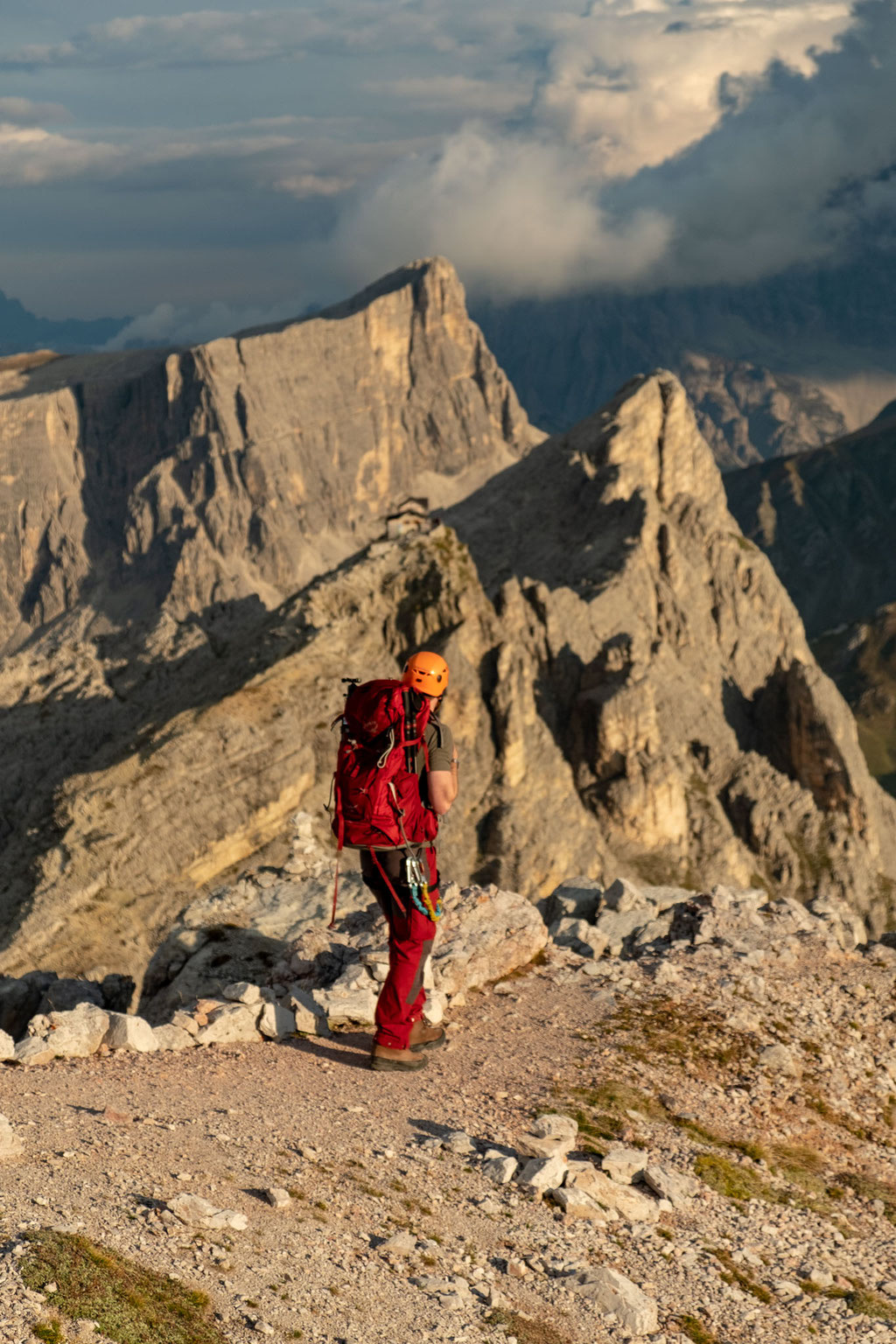 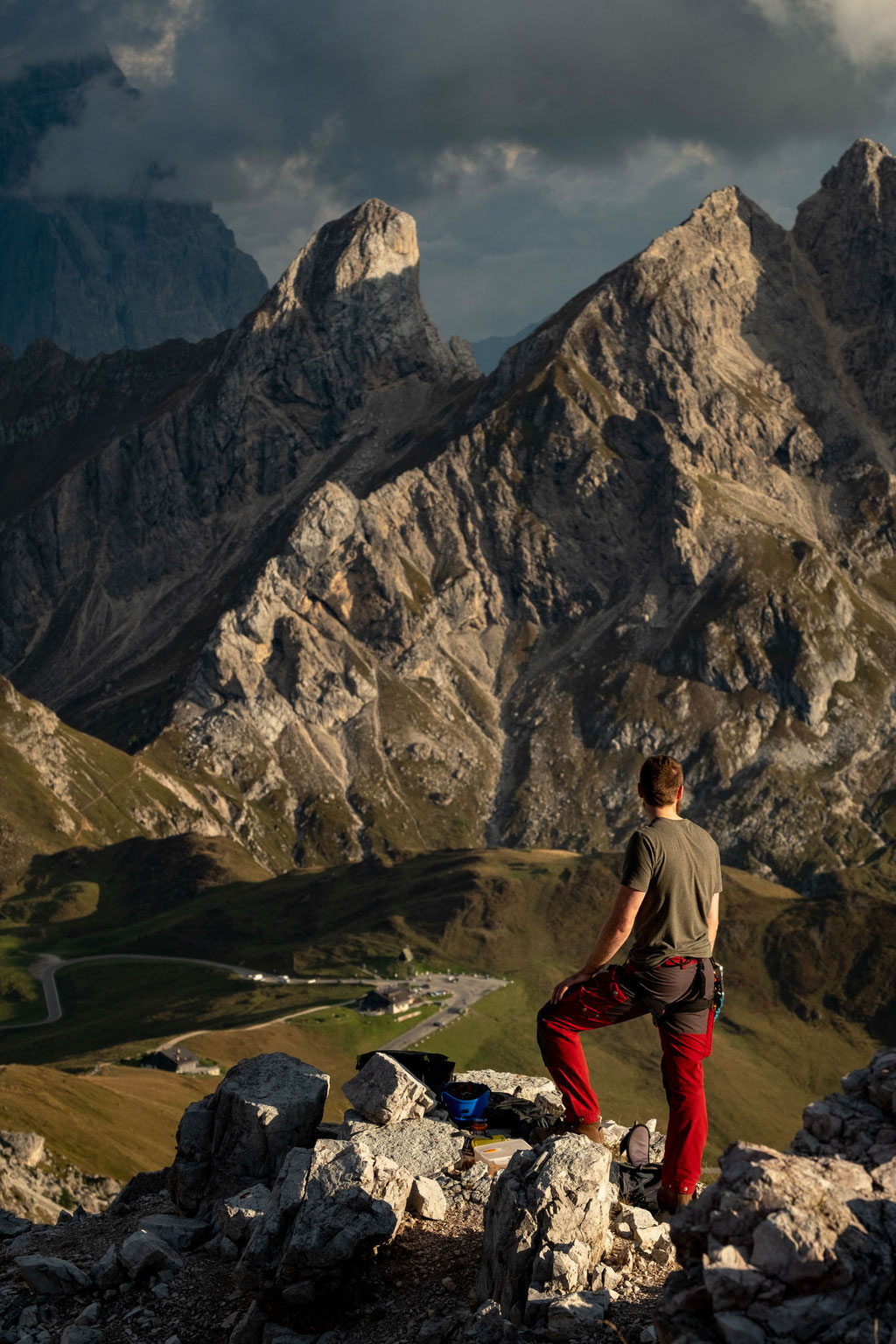 Option 3: By taking Cinque Torri gondola. From the top of the Gondola (2255 metres / 7400 feet) follow the path nr 439 to rifugio Averau. You will be able to see the hut straight ahead of you. This is the fastest way to reach the start of the ferrata. (1 hour roundtrip)

Option 4: I chose to hike from Passo Giau via path nr 452. Though slightly longer, this is perfect if you would like to connect the route with via ferrata Ra Gusela. You can plan an overnight stay in one of the many rifugios in the area, with Averau and Nuvolau being my top picks. (3 hours roundtrip)

Although the signs and markings along the routes are excellent 99% of the time, it's always handy to have a map with you. It helps with visualising the routes and better planing. All paths mentioned above can be found on the Tabacco map nr 03.

Passo Giau and Passo Falzarego can be reached with public transport buses from Cortina D'Ampezzo, the nearest town. They operate seasonally (summer and winter).

If you are travelling by car, all above mentioned options offer great free parking possibilities. In July and August they can fill up quickly though as the whole area is popular with hikers and climbers. Arrive early to avoid disappointment.

Get These Via Ferrata Gear Essentials

Once you reach rifugio Averau, scout for signs for via ferrata Averau. The scree path runs along the east side of the mountain, you should reach the cables in 15 minutes.

Though the wired section is very short, the vertical wall can test your nerves, especially if you are a beginner. Before you know it though, the climb will be over and you will come out onto another scree path. Follow it all the way to the summit for another 20-30 minutes.

Once you reach the summit you won't believe your eyes! I sure couldn't. The tear inducing 360 degrees view of the surrounding peaks is arguably one of my favourites in the Dolomites!

After travelling all over the World and hiking amongst mountain ranges in Patagonia, Canadian Rockies and the Southern Alps of New Zealand I am not easily impressed, but this was something else, I tell you.

Since photos can speak a thousand words, I think they will do much better job describing what I am trying to convey here. 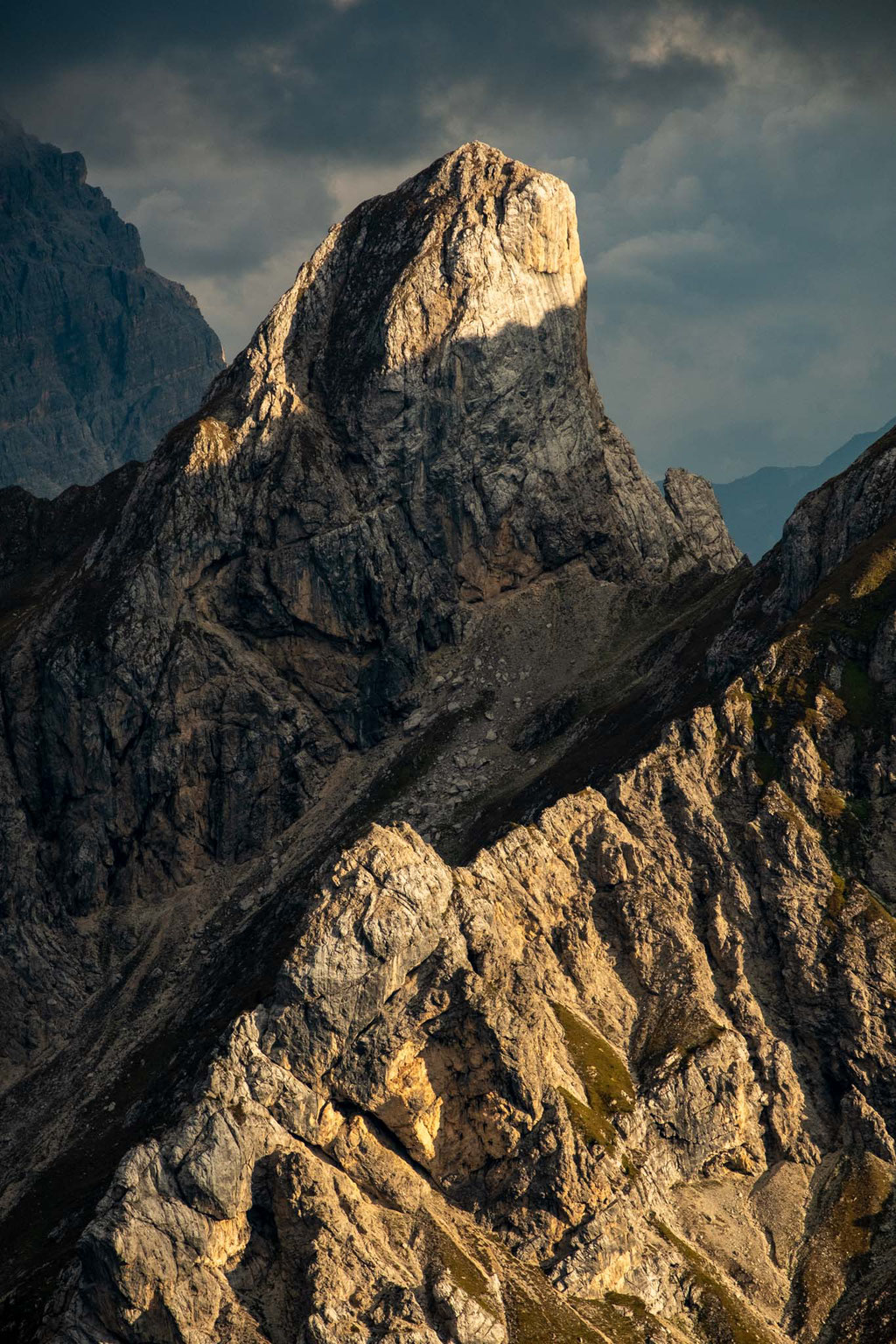 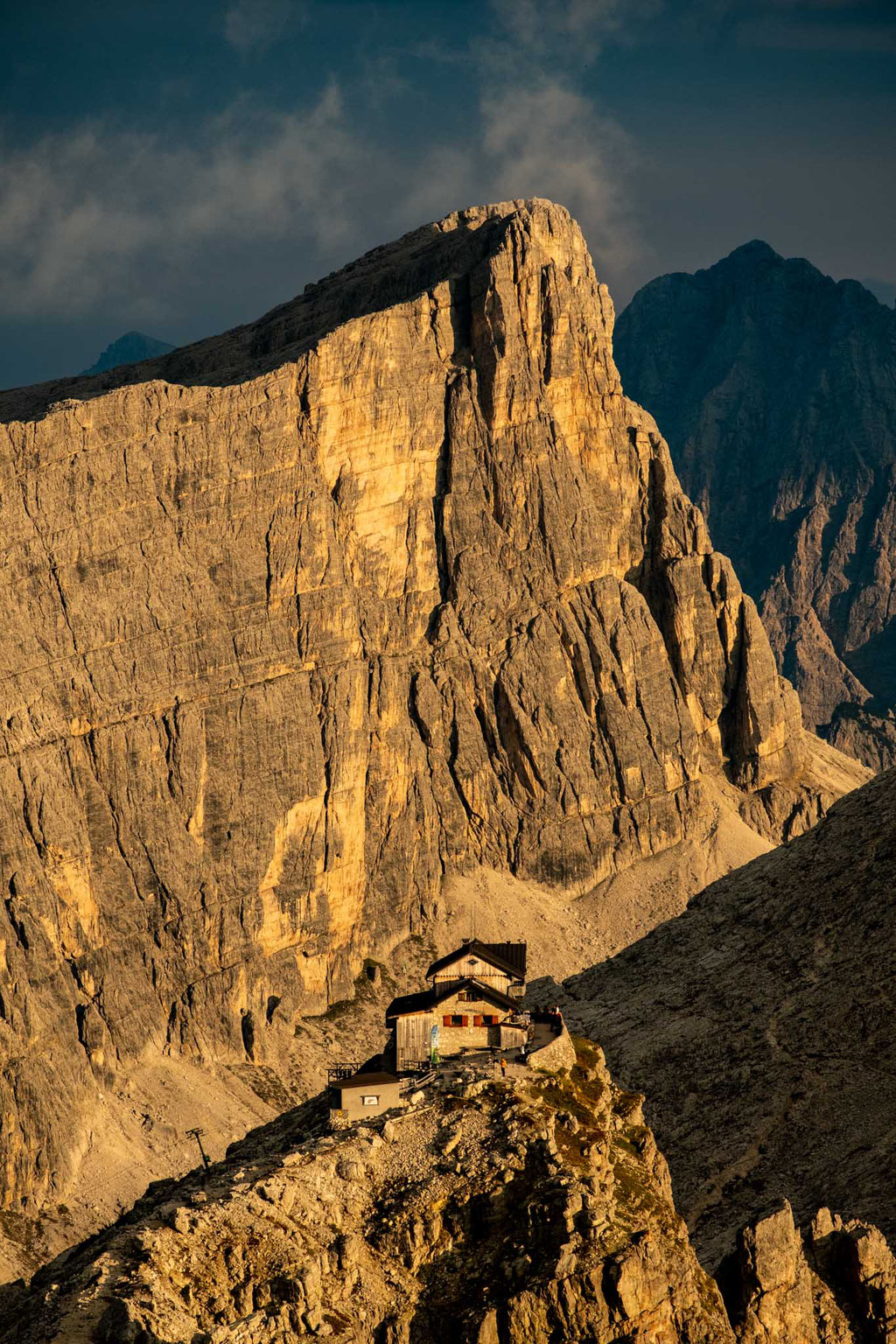 Amongst some of the peaks you will be able to see are the jagged Croda del Lago, Mount Pelmo, Mount Civetta and Tofane Group as well as Mount Antelao - the second highest peak in the Dolomites. 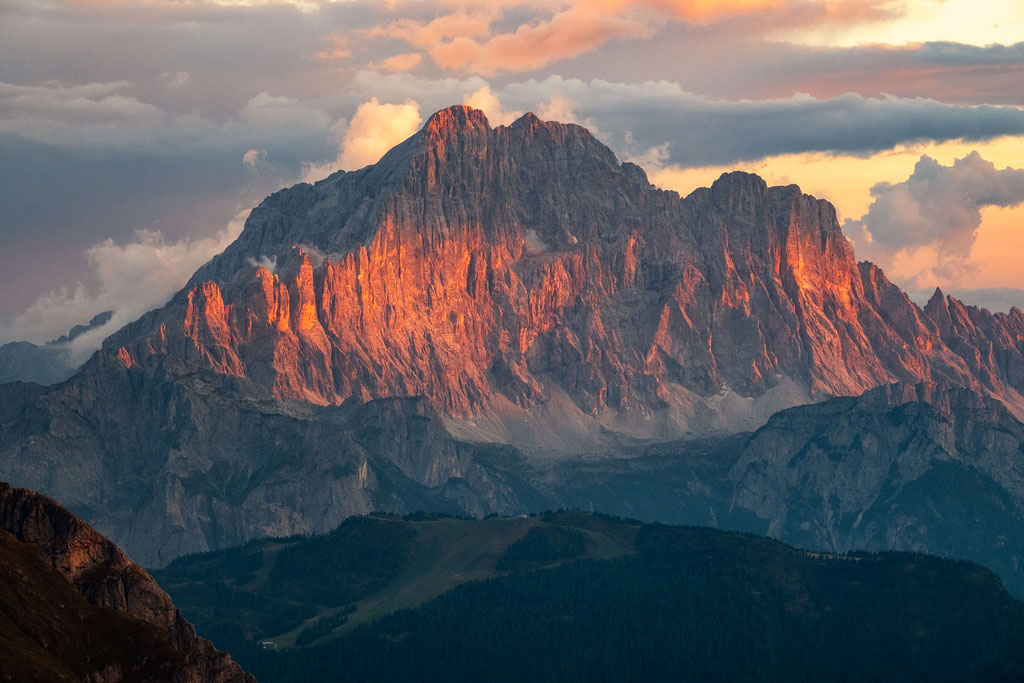 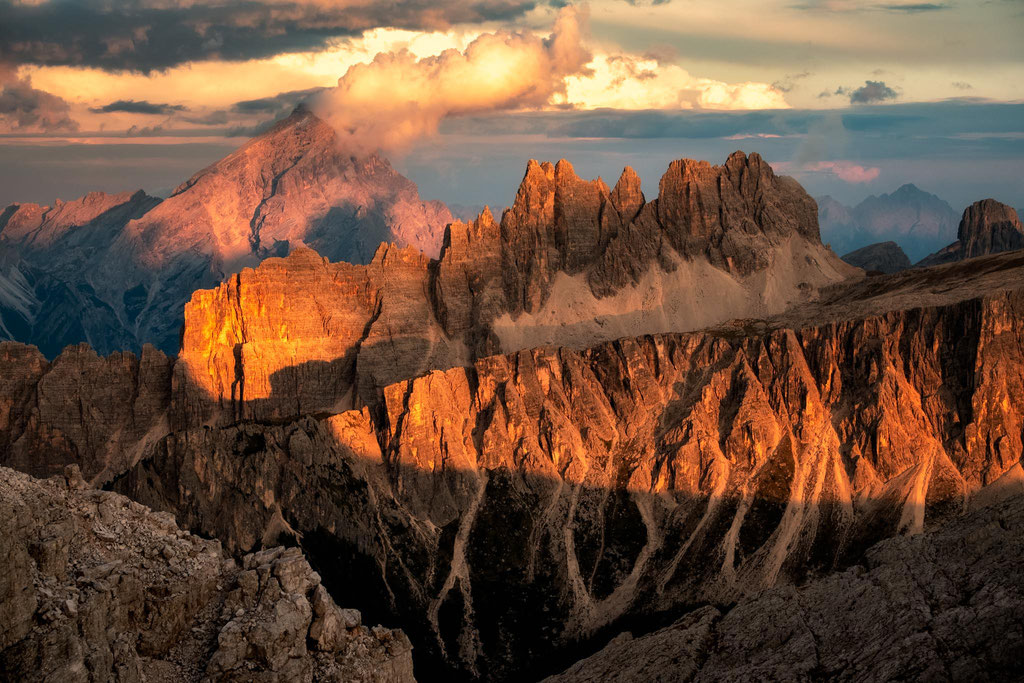 To descend just retrace your steps back to rifugio Averau via the same path. If you still have some energy left, I recommend checking out the war trenches around Cinque Torri or going up to rifugio Nuvolau for lunch, followed by another via ferrata - Ra Gusela.

Do you have any questions about via ferrata Averau? Let me know in the comments below!

For more articles about via ferratas, photography locations and hikes visit my Italian Dolomites Guide.